During Double Wars Jonas Evertsson/Lord Edricus filius Offaeus took this photo of Mistress Helwig Ulfsdotter and all her apprentices, her former apprentices, now mistresses themselves, and their apprentices - the "grandchildren" 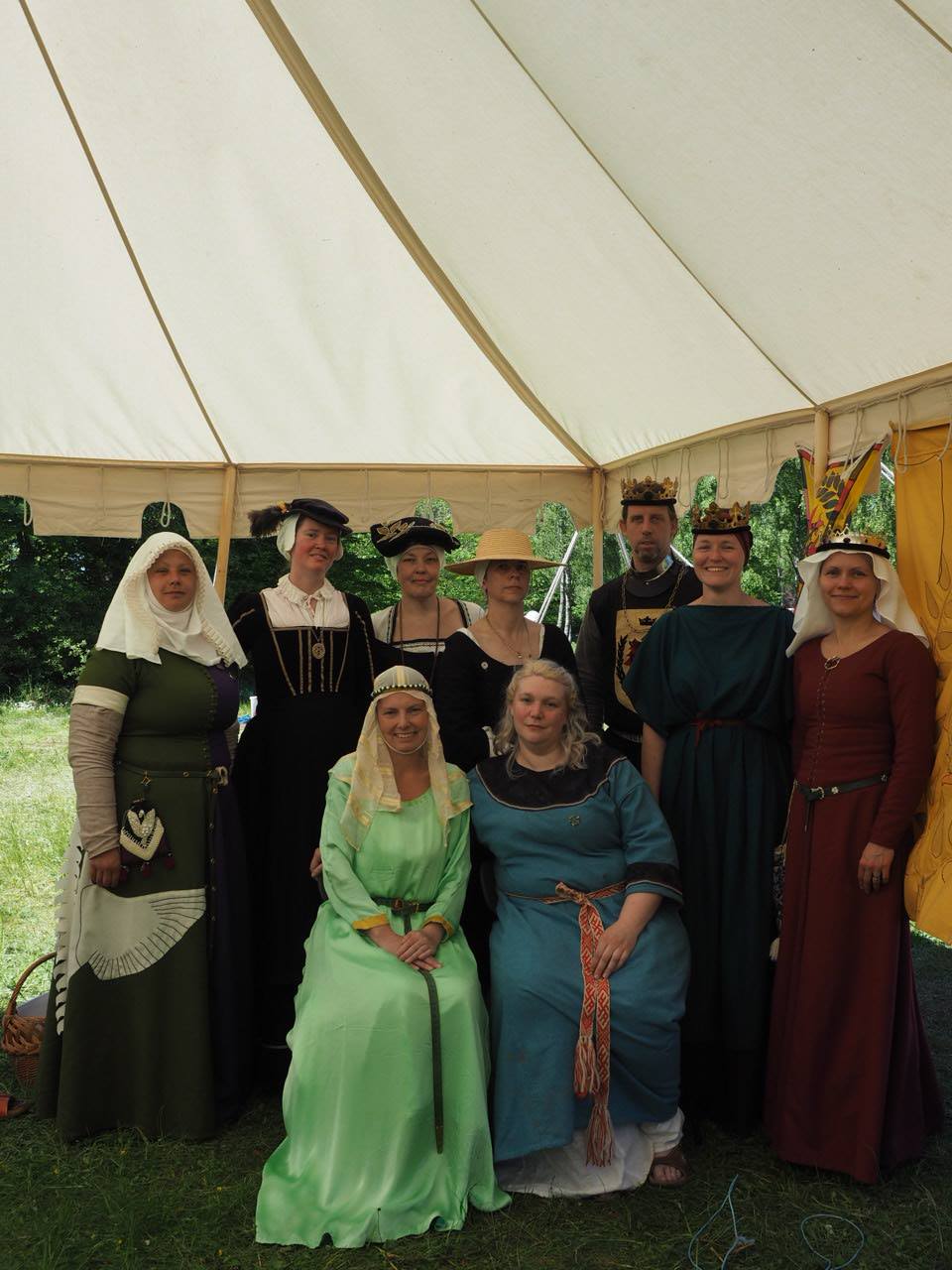 Mistress Helwig is the woman in the middle, she is my mistress, to the right of her are my "siblings", her other apprentices: the king and queen of Drachenwald, William and Isabetta, and viscountess Filippa. To the left of Helwig are first Mistress Tece de Kaxtone, the newest of the Laurels, and former apprentice to the woman next to her: Mistress Lia de Thornegge , Mistrsss Helwig's first apprentice. Lady Silva standing on the far left is Lia's apprentice. Sitting down it's me, and duchess Agnes Odygd, who just had become Mistress Tece's first apprentice.

Otherwise I have been very busy since I got home from Double Wars. Today I went to the hospital because of the research project about psoriatic arthritis. It took a couple of hours, but I also got a referral about the weird lump on the right side of my abdomen, which probably is a hernia, after when they had to cut open my belly three and a half years ago, a referral concerning the bunion on my left foot which makes it hard to find shoes, and an appointment to discuss the possiblity to start getting remicade injections in the autumn.
And I now weigh 64 kilos on the official scales, which means that I've lost 34 kilos since christmas.

In the evening we had taco dinner with my neighbour Anna and her son, and then I started sketching and painting on the collapsable chests I had intended to make for Double Wars, but didn't have the time to work on.

Tomorrow I'm taking Maja and her best friend to a medieval market som 40 kilometres north of Gothenburg. By tram, train and bus. Neighbour Anna and her son are also coming along.
Collapse