Midsummer is a really big thing in Sweden, though Rickard and I haven't celebrarted much the last 25 years or so. As logn as the kids were small we went to some park where thye could dance around the Midsummer pole, but after last year Maja declared that she wasn't interested anymore. Which is perfectly alright, and which meant that today I was the only one going ot the traidtional midsummer celebration at Gunnebo House, with my best friend and her boyfriend and sisters , and their families.

Gunnebo is a lovely 18th cnetury house and gardens and whenever I go there I feel that we have to have another 18th or (early 19th century) picnic there (this photo is taken at an 18th century picnic at Gunnebo). Today there was of course both a group showing folk cancing and dancing around the midsummer pole for the kids. I took some photos from the dancing, because I like both the dancing and the costumes. 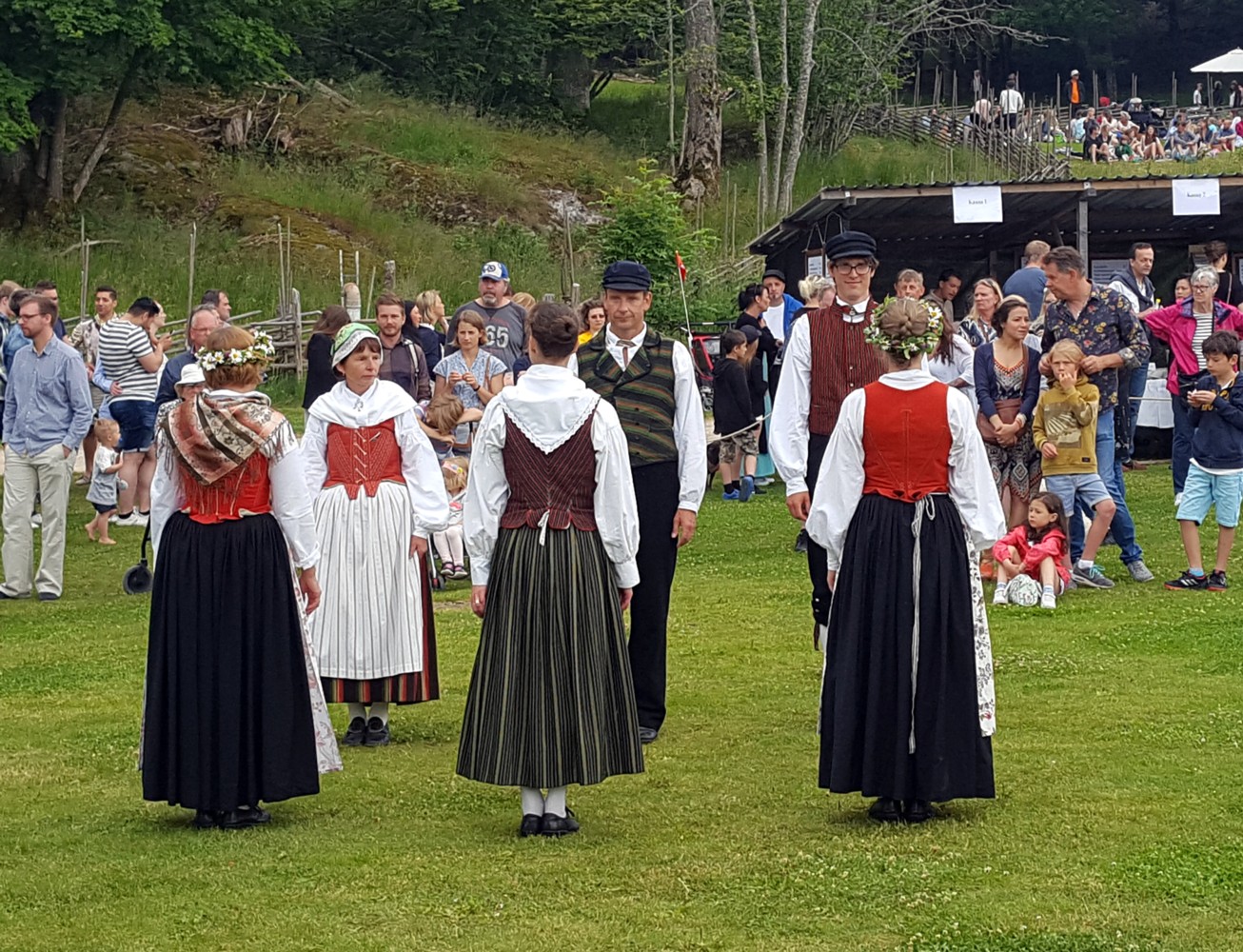 ( Collapse )And Inger took photos of me wearing my now taken in folk costume: 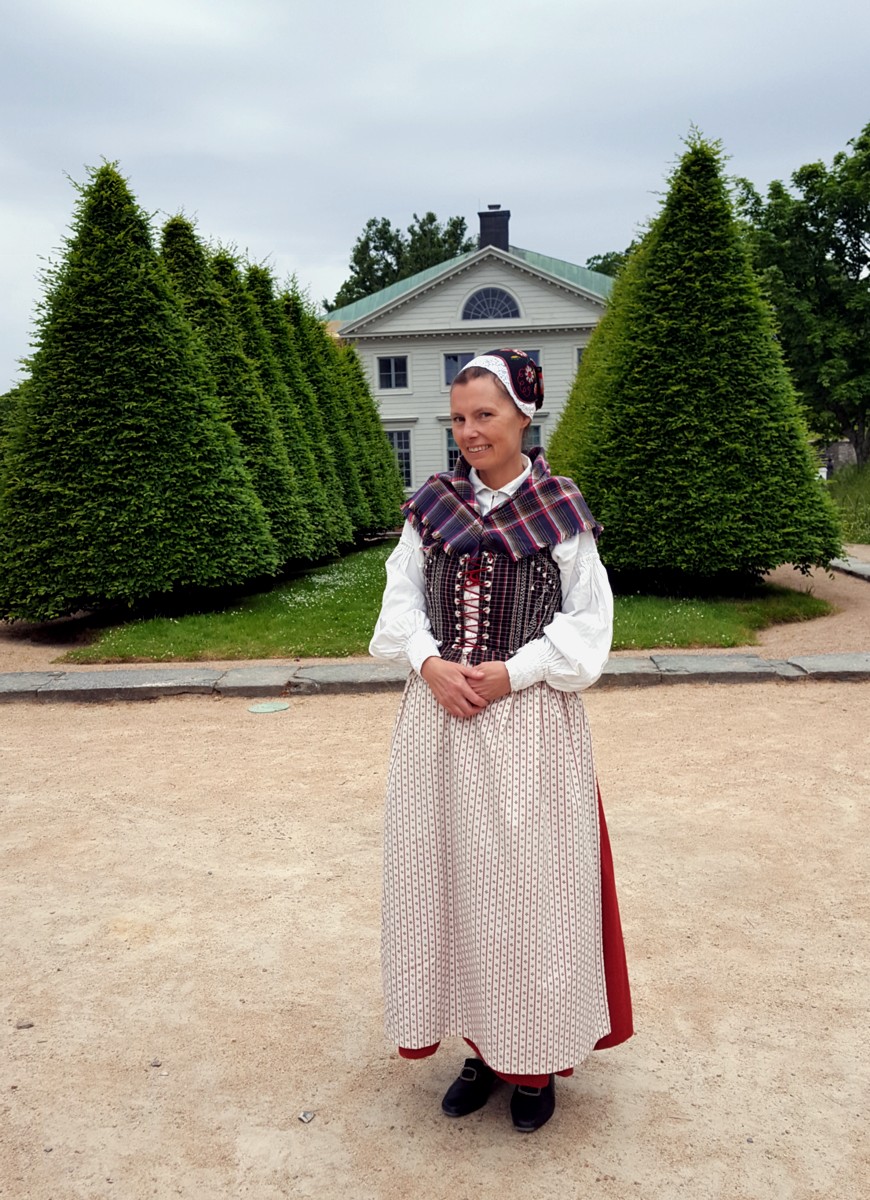 Then we went to Inger's place and had new potatoes cooked with dill and herring, the traditional midummer food, but also barbecued chicken and corn and salads. And, as is the tradition, strawberries for dessert.
Maja and Rickard had arrived by then and we had a very pleasant evening. Despite the fact that it was raining and rather cold, but Inger has a roofed patio, and I put on my long wool stockings from the folk costume and a wool cardigan so I wasn't cold.
Collapse