There was much swearing and much moving around of the take-apart-hinges, but it is (almost) in usable condition. The pins for the take-apart-hinges are such a close fit to the holes in the hinges that it's hard to put them in even when hinges are not attached to anything, and impossible when screwed in place.
So tomorrow I'm going to go and get some 3 inch nails to use instead. I will also drill two holes in the lid to make it easier ot pick up.
But otherwise it is finished, which is good, since I plan to use it for medieval camping this weekend at Hunehals castle ruin, on their "Medieval day".

The photos aren't as sharp as they ought to be ;) 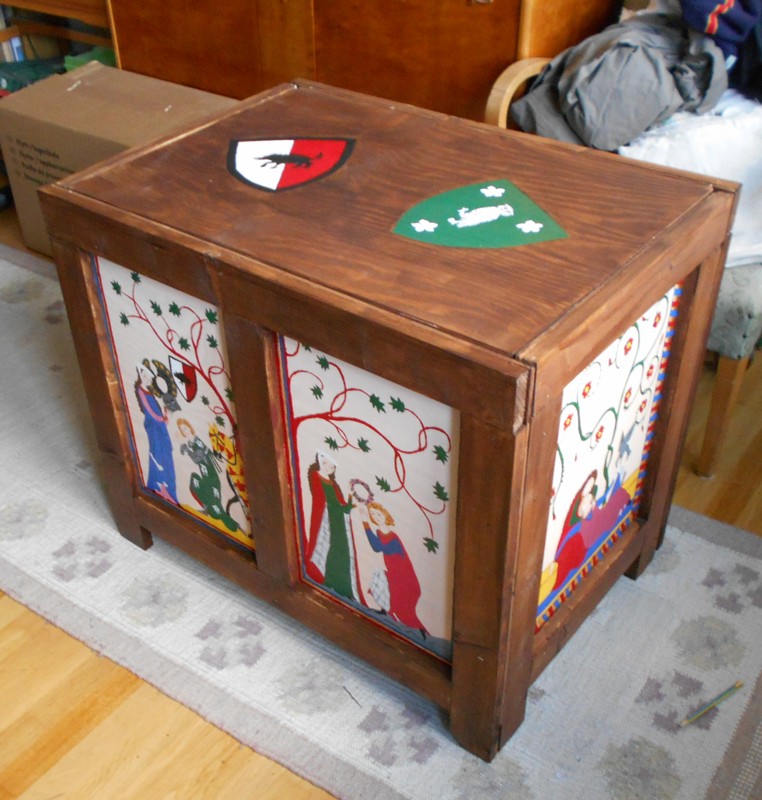 ( Collapse )Then next week I'll start on the next one - I don't want to have my flat filled with pieces of wood and plywood forever :)