Last weekend there was a "Medieval Day" at a (semi-)local site where there used to be a castle in the High Middle Ages. Today there is nothing left to see, but it´s a beautiful place next to the sea.

And I swam three times in the sea!

I brought my tent, which I dreaded putting up and taking down for just two days, but it went up really quickly and took almost no time to set up nicely, hiding all the mundane packing stuff behind wall hangings, putting the chest together and putting up mine and Katarina's camping beds. 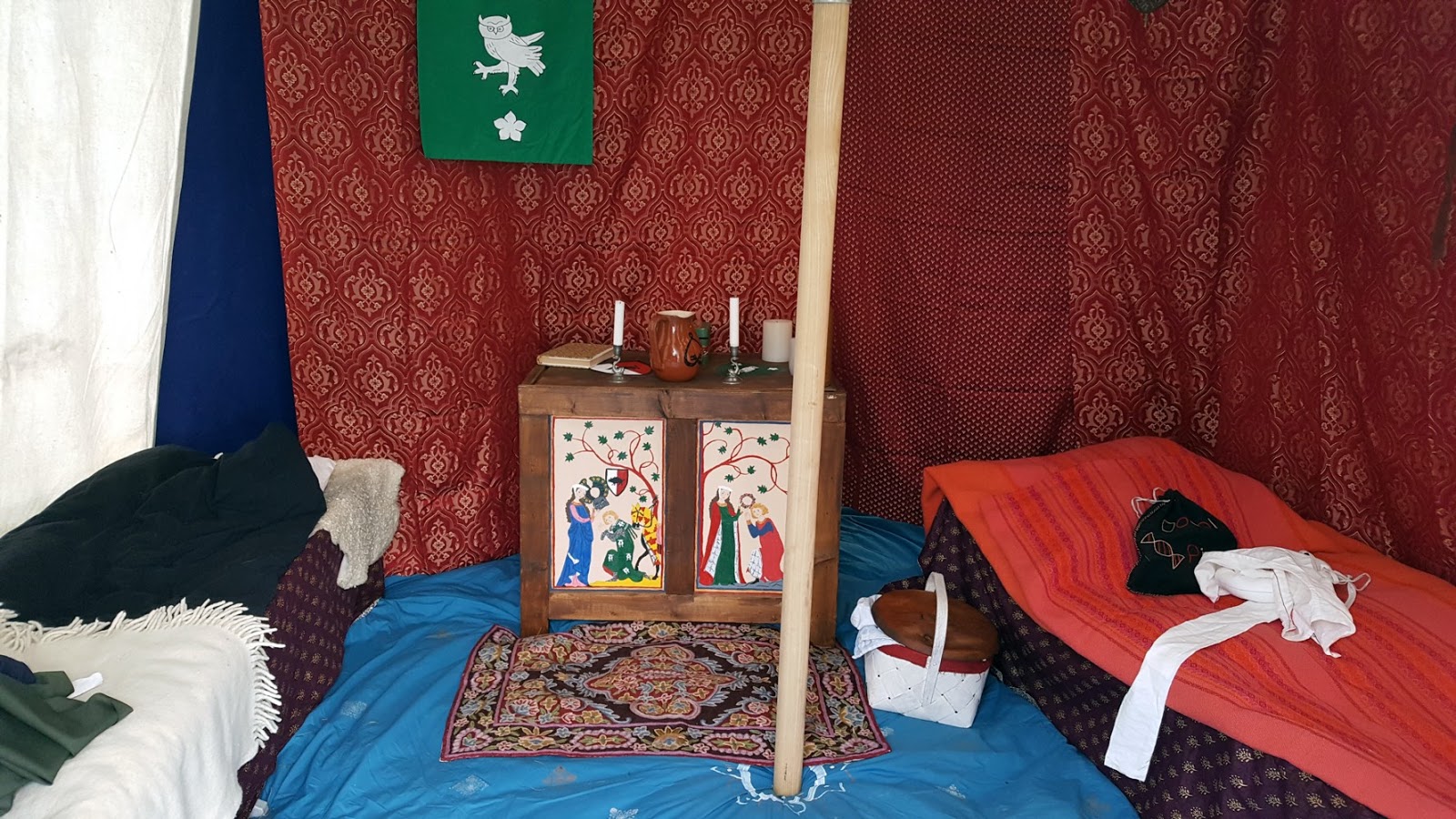 Rickard was tired after working the whole week, so he and Maja just came down over the day when the market was on Saturday.

Friday night was really perfect - relaxed talking (and some sewing) around the table, with a pot over the fire providing tea water, some wine to drink, and ending with a walk up to the top of the hill where the castle used to be, to look out over the sea.

Saturday was also nice, but you get tired from being "on display" from 10 am to 5 pm, so people went to bed earlier We also wanted to pack early on Sunday morning. But we made a good pottage with whole wheat, carrots, cabbage, onions, bacon and smoked sausages and ate together. Then Gaby and Linus and I went for a swim (my third), we all talked (and sewed) some more. When the others went to bed I took a final walk around the small peninsula, going down to the little beaches or out to the furthest cliffs, before going to bed around midnight. It was a magical feeling those nights, just like it used to be with my old medieval group Nylöse.

Many more photos from the event can be found here.

I also started on a new working class Italian ca 1480s dress from thin wool, and finished everything except the sleeves and six lacing holes . The rest I made yesterday and this morning.
Of course, when I tried it on it turned out to be too big, so I hade to take it in. It is no fun unpicking all hand sewn garments.

But of course I did it, and this is the result.

It needs an apron and a little white cap, both of which I plan to make this week. Maybe not tomorrow though, because we're going to a friend who stays on one of the islands in the Gothenburg archipelago to barbecue and swim in the sea.

Oh - and my holiday officially started today - I put on the automatic answer function :)