So, aside from taking in my stays and making a new bonnet (that needs to be lined, so to not snag my hair) I have sewn the skirt of my blue gown together, hemmed it, and started on an embroidery around the hem. The pattern for the embroidery is from the cap of my folk costume, which is dated to the late 18th or early 19th century. 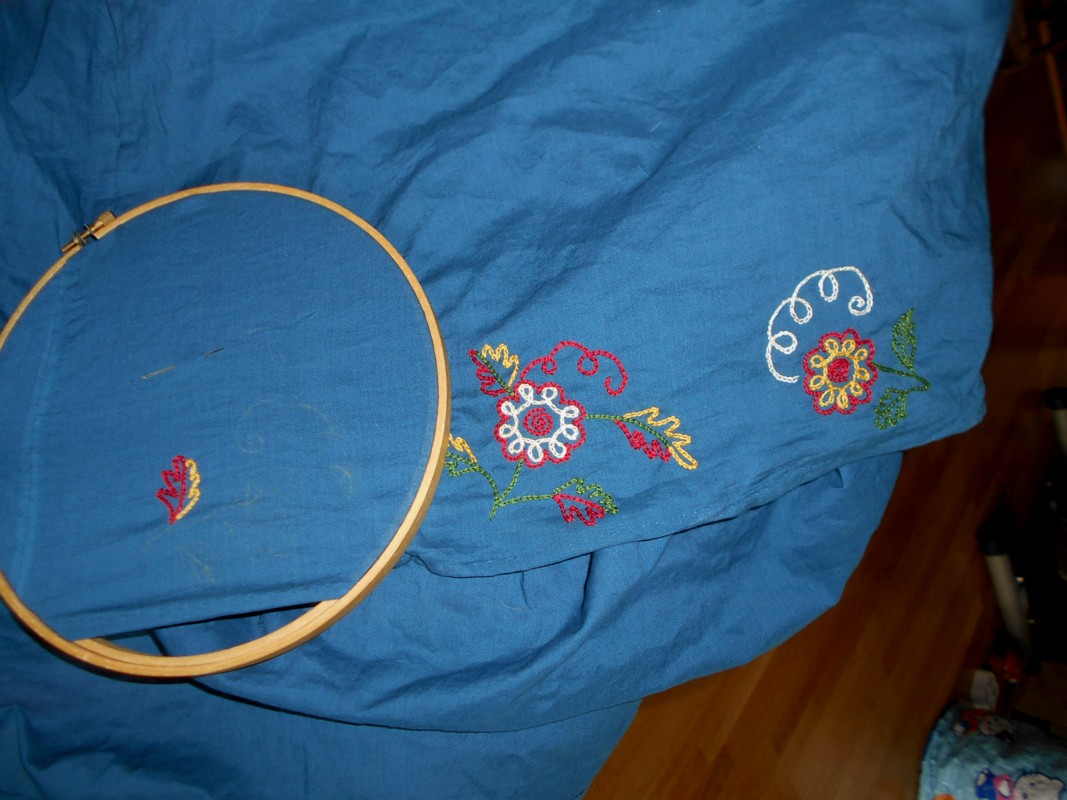 I was lazy this time and just cut the place mat to shape, instead of unraveling the braid and shaping it while sewing.
The blue colour is seen in several late 18th-early 19th century pictures, though then probably made from silk, and not from cotton. Inspiration for embroidering it was gowns like this, with a dark background and colourful embroidery.

Which of course is silk, and has a much more rich and complicated embroidery. But I think my gown will look pretty with its cotton embroidery. The pattern I use is the same as on the cap of my folk costume, which is roughly from this period.

I have also bought material for another bonnet: a braided place mat and a cotton satin sheet that was reduced by 70%. It will be enough to make a summer spencer too. 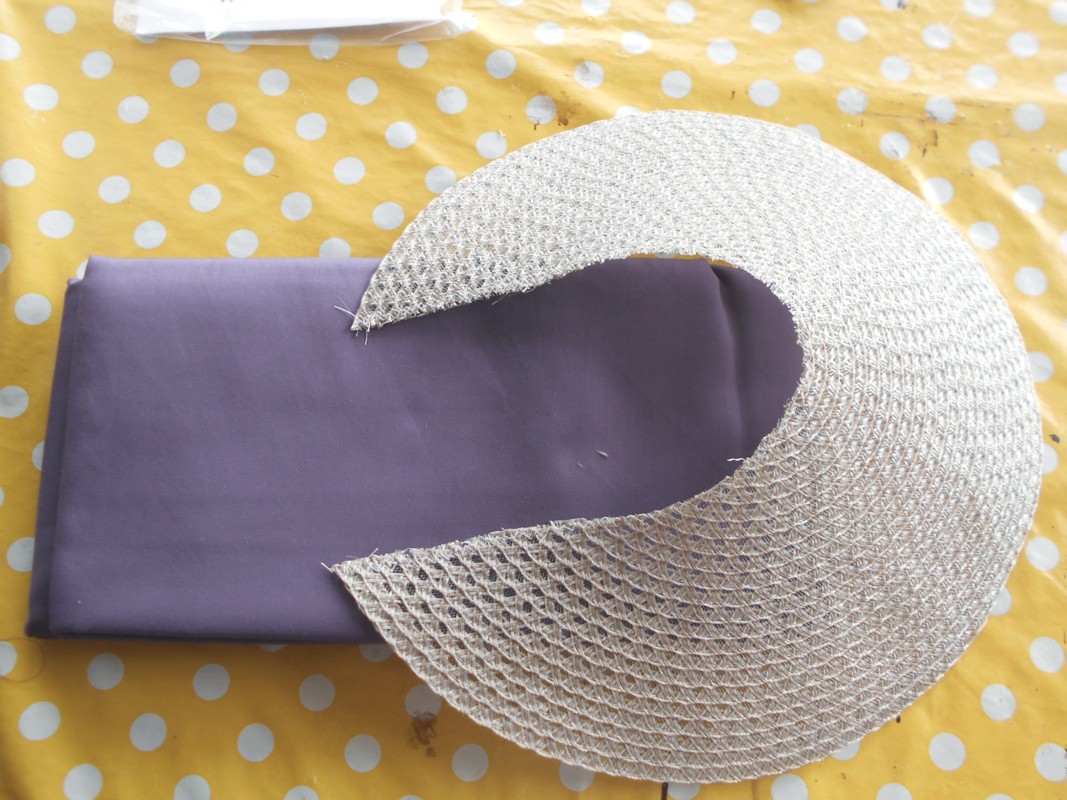 The other gowns I plan are to made from a saree that hasn't arrived yet, and from this printed thin cotton: 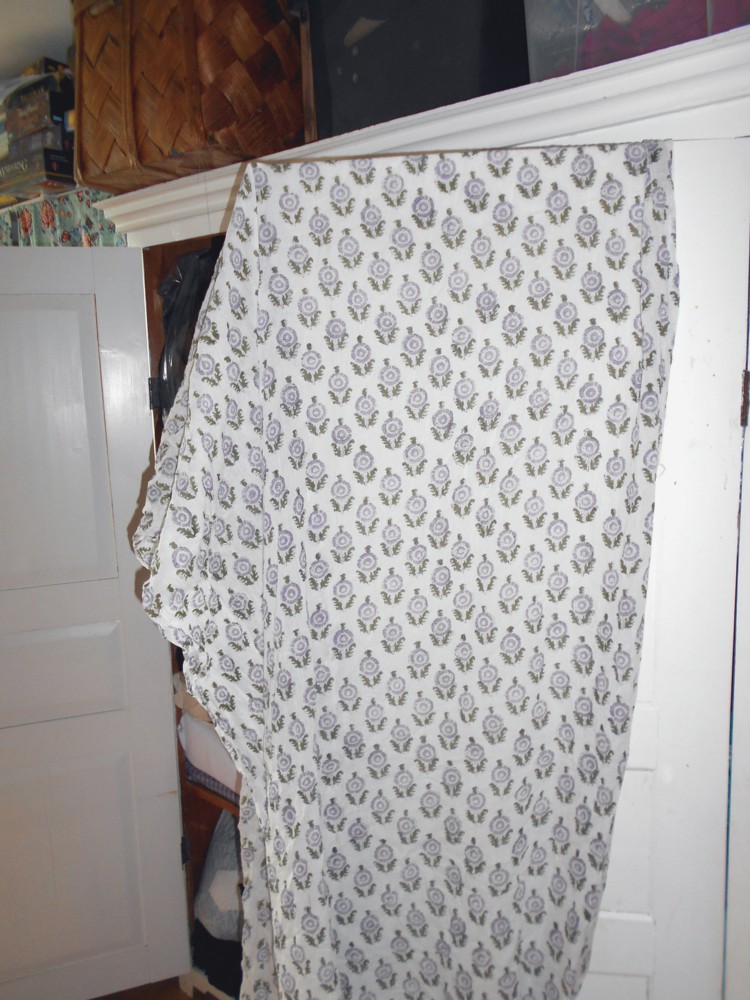 The bonnet with purple cotton satin is of course intended to be worn with that gown.

I also bought these shoes on sale yesterday, and though the metal details aren't to my liking, I think they will do. Especially after I've painted over the brass ;) 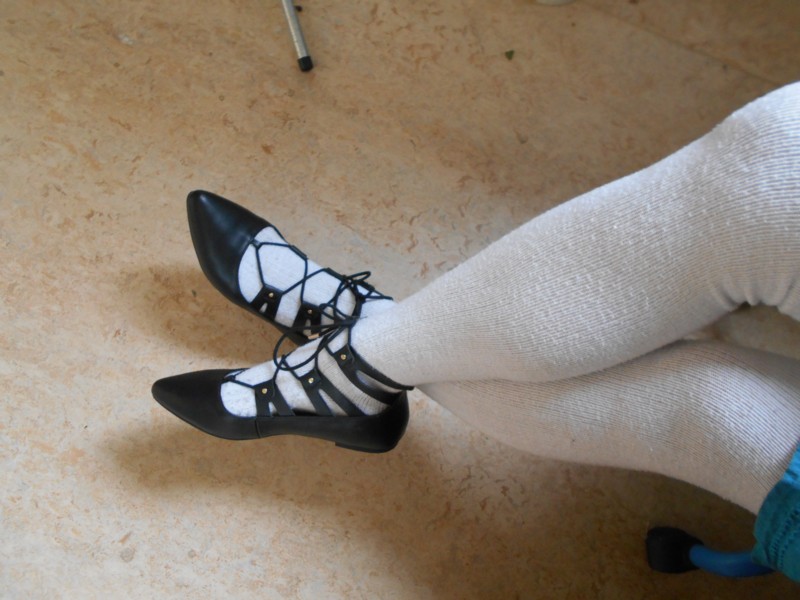