And turned, in this case, since the print really wasn't historical enough. Lots of images here 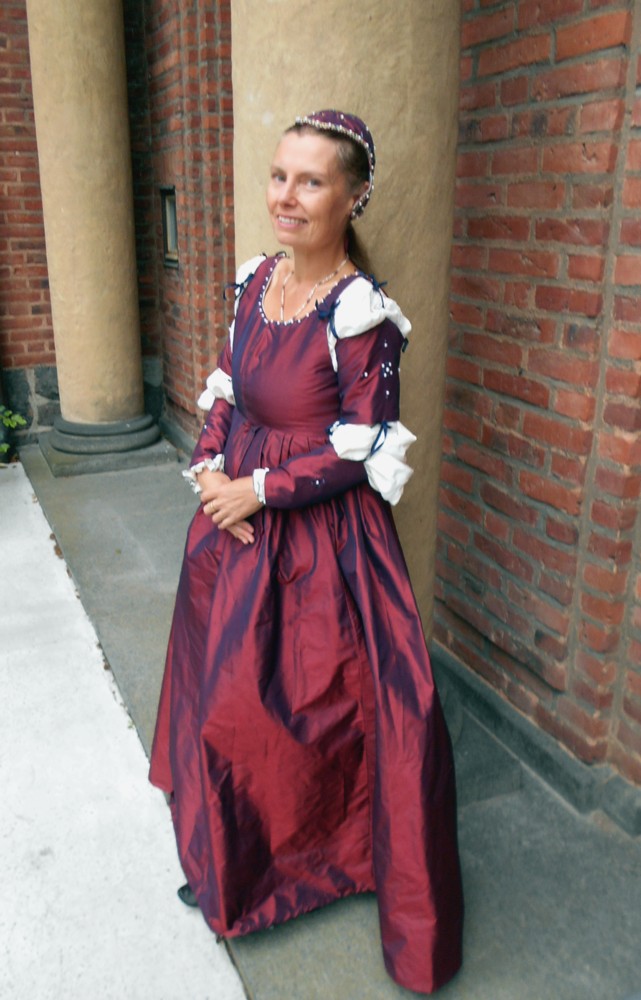 The photos are taken by the hospital next to where we live. 19th century architecture can apparently work well as background for Italian renaissance to
And after the photo shoot we raided at the gym there and I finally got an Articuno. Probably the only time someone played Pokémon Go in renaissance clothes around here.

In other news: The holiday was very nice, I bought 15 metres of cotton fabric: 5 metres for curtains in the kitchen (we have three windows, one rather large), 4 metres for a white late 18th century round gown, because obviously I need one of those. I have som printed chintz to use for an open robe over it, cotton broadcloth for a wrap skirt, since I only have one neutral knee length summer skirt that fits me. Patchwork hippie skirts, or ric-rac in abundance is fine, but sometimes you need something more neutral. I also got white, thin cotton broadcloth if I need to make another regency petticoat. Or something. And 2 metres of cotton wit a Halloween print that I hemmed on machine to make it a table cloth for our traditional Halloween dinner.

The first thing I did when we got home on Friday evening was to wash all the fabric and on Saturday I made that skirt.

The blouse is another holiday find: The Salvation Army's 2nd hand shops have racks with blouses for 39 SEK (c. 4,7 dollars) and I bought this one, which is from H&M, and one that I don't think has ever been used, made from white linen. 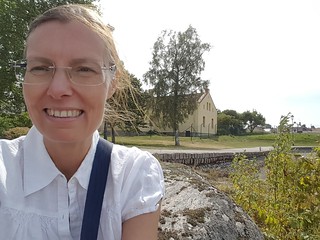 BTW, here are my holiday photos.

While on Holiday we went to a large, traditional market, where I got lots of cotton hankies, good quality bed sheets, some red and white striped piping, a heart shaped baking tin and two straw hats which will be partly unraveled and made into bonnets. 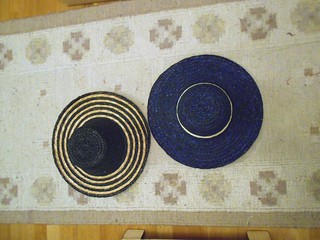 Some of the fabric was bought at Tygladan, which is close to my home village, and some was bought at Kristinedals fabriker, which not only had lots of nice, cheap fabric, but also used to be a mill making both wool and cotton/linen yarn for weaving. 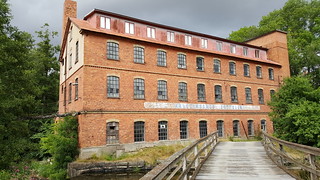 This was when we visited our friends Kristina and Jonas, who just happened to have this in their barn :) 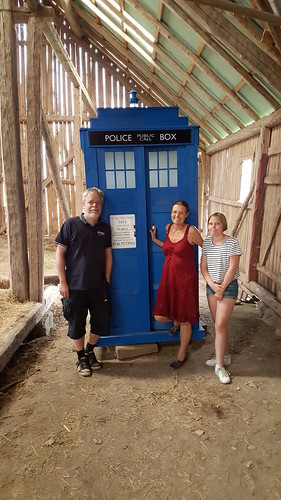 I did some sewing while on holiday too: I hand sewed most of a new shift for Valeria, it's going to have embroidery at all the seams, and along the sleeves, so I can't add the sleeves until I've made that embroidery. I'm getting supplies for that today. And when I had done as much as I could on the shift I started embroidering on my regency gown again, and I think it will a) be finished for the picninc on the 2nd of September and b) be really pretty.
Collapse